KICK START- How to Get Crowdfunded

Can you raise a million through crowdfunding? Well, the Hollywood kickstarter guy Justin Giddings can and on 17. November he’s right here at Tallinn Black Nights Film Festival (PÖFF) and takes the stage with the brightest crowdfunding minds of Estonia to tell you exactly how it’s done!

These are just a few of the questions tackled at Ärikatel’s and Estonian Entrepreneurship University of Applied Sciences’ super inspirational evening seminar KICK START- How to Get Crowdfunded.

18:00 – 18:10 – Introductory words by the host Almondi Esco
18:10 – 18:25 – Henri Laupmaa (CEO of Fundwise and Hooandja) – Hooandja vs Fundwise, perks vs equity.
18:25 – 18:40 – Mads Dalsgaard (CMO of Funderbeam) – The CMO of the world’s most unique crowdfunding company Funderbeam sheds the light on how to fund and trade without absolutely no borders!
18:40 – 19:00 – Ardo Kaurit (CEO of Ampler Bikes) – The head of an innovative Estonian electric bicycle brand Ampler Bikes shares his experience behind his success in both equity based crowdfunding ( 91 500€ funded in Fundwise) and perk based crowdfunding ( 134 450$ funded in Indiegogo).

19:20 – 20:45 – Justin Giddings (Actor/Director/Producer and CEO of The Kickstarter Guy) –  Hollywood actor, movie director, producer and crowdfunding genius- Justin Giddings will share his secrets and knowhow behind his 98% success rate with over 50 clients and over 2 million dollars of funding!

21:00 – 21:30 –  Exclusive Pre-Screening of OUTPOST – The world’s first exclusive pre-screening of Justin Giddings’ latest epic sci-fi short film OUTPOST which comes fresh out of the studio of one of the leading artist on Harry Potter, Prometheus and The Chronicles of Narnia. 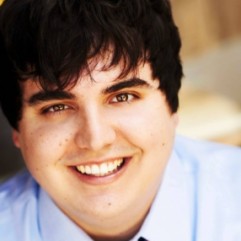 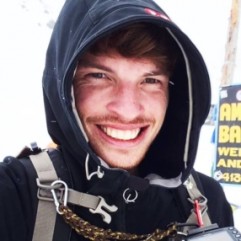 Justin Giddings is a Hollywood actor, director, producer and crowdfunding guru, whose journey into crowdfunding started out with a wish to finance his first film. Instead of waiting for the „go-ahead“ in a seemingly endless traditional financing cycle, Justin decided to take matters in his own hands and try out his marketing skills in the crowdfunding universe. With this step he earned his first $32 000, completed the film „This is Normal“ and went from an unknown actor to a Hollywood insider who is now trusted with 7 figure film projects. Today his brand “The Kickstarter Guy” has become one of the most valued crowdfunding concultancies in the US under which he has helped different projects raise $2 million and whose seminars are sold out to the very last seat.